Whilst many people look for the three S’s when planning their holidays (Sun, Surf and Sangria), I have been dreaming about just one S this season: Scotland.

Normally I write about innovation – a subject not strange to Scotland – having given birth amongst others to the television, the telephone, the first genetically cloned mammal, the world’s first primary school and the deep-fried Mars bar.

However, innovation is not the reason for my Caledonia Dreamin’. There’s no better place to rest and relax, to get new energy and inspiration, than the great outdoors. I dream of places of outstanding natural beauty where I can take strenuous hikes and relaxed walks. Add to that some fascinating historical interest, friendly people and free wifi nearly everywhere and Scotland’s the place to be!

Often I go to North America (I especially love the West Coast, from California to British Columbia) to experience the great outdoors. Two things have held me back from visiting Scotland: its reputation for bad weather and the midges. However, our visit coincided with a heatwave, with parts of the country hitting the highest temperatures since records began. What luck: a Scottish heatwave! What’s more, I was not even once bitten by a midge. Maybe Scottish midges don’t find me very tasty, although I can hardly believe that since their North American cousins find me quite delicious. It seems there was no need to have held back after all. 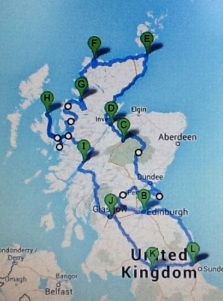 Journey from the Lowlands to the Highlands

Our trip from the Lowlands (Holland) to the Highlands (John O’Groats) and back again lasted about two weeks and the rough route is shown on the map (except the ferry from IJmuiden to Newcastle). I’ll spare you the details but wanted to share with you my views on the best three

i) places we hiked

iii) journeys we drove and

iv) walks we made. 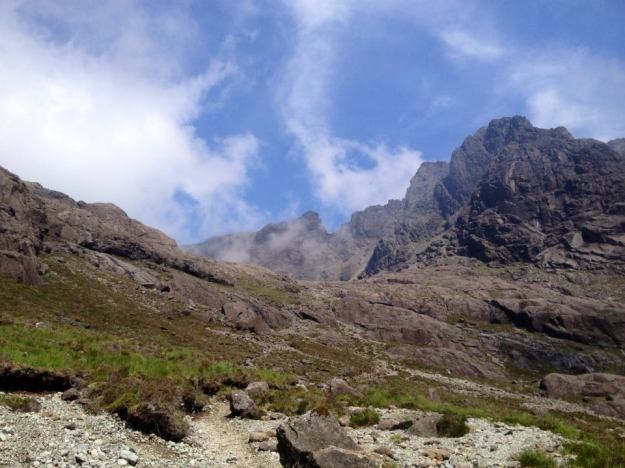 Scramble up to Coire Lagan

A hiker’s paradise! The Cuillin Hills are spectacular, maybe the most impressive mountain range in Britain. The steep climb to Coire Lagan ending with a scramble to a small lake in the upper corrie was most enjoyable. Also, the views of Bla Bheinn and Garbh Bheinn are truly beautiful, a feast for the eyes and the soul.

Fifty shades of green at the Quiraing

In Trotternish, there is a terrific hike at the Quiraing with excellent panoramic views. And a hike to the Old Man of Storr is a must – the upper part is an unusual and quite a spiritual place. I can highly recommend The Duisdale House Hotel as a place to stay, and The Chippy in Portree for Fish & Chips that I wouldn’t trade for any number of Michelin stars.

Spiritual sights at the Old Man of Storr 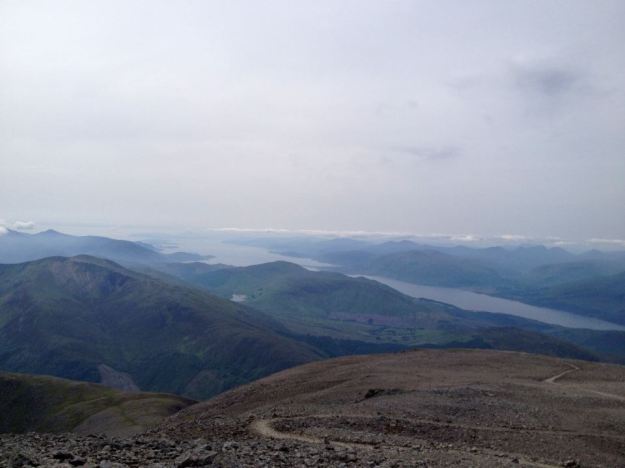 Walking back down from the summit of Ben Nevis

Britain’s highest peak at 1344 m. Although wrapped in cloud 9 days in every 10, we had a hot and sunny day with clear and excellent views from the summit. It was a 6.5 hour round trip and fairly taxing, especially with the heat; the beer at the Ben Nevis Inn at the base was the perfect end to the hike. We came across many people doing the Three Peaks Challenge on the way (climbing the highest peaks of Scotland, England and Wales – Ben Nevis, Scafell Pike and Snowdon – all in one day, usually for charity); respect to you all for that!

Britain’s largest National Park and the biggest range of high mountains in the country, encapsulated by the valleys of the River Dee and River Spee. Cairngorm Mountain is a decent hike offering excellent views from the summit.

I might have been suffering from heatstroke due to the Scottish heatwave, but this place has won the top spot in my heart for the most beautiful place on Earth, topping Delicate Arch in Utah, which had held that position for quite some time. The area was originally settled in the 6th Century, with the first castle built in 1214 as a defence against the Danes. Situated in Loch Duich at the intersection between three great Loch’s, the whole area including the castle is stunningly beautiful. Truly a highlight, a place not to be missed.

View one way from the castle 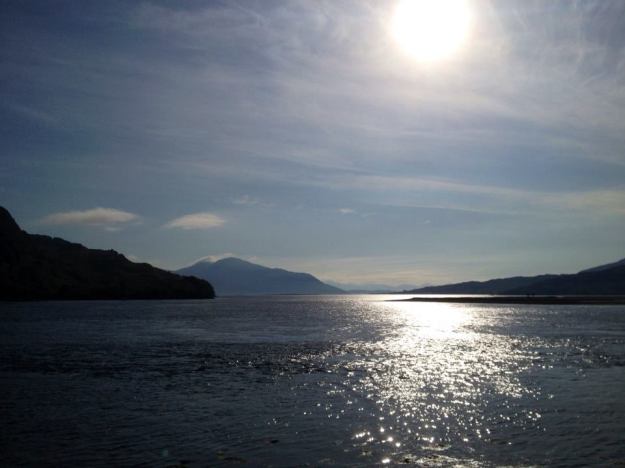 View the other way from the castle

“Hold Stirling and you control Scotland”. The current castle dates from the 14th-16th Century when it was a residence of the Stuarts. It’s been beautifully restored and has fantastic views of the area. Definitely worth a visit.

Edinburgh Castle has played a key role in Scottish history both as a military stronghold and royal residence. Well-situated atop the best-defendable hilltop in the area, the site has witnessed many armies from the Romans to the Jacobites. It’s well-maintained and impressive, with excellent views of the city, a must on any visit to the capital.

Melvich Beach. My Dad would have liked it here.

I had ridiculously expected to look out from the northern coast into the North Atlantic/Arctic Oceans and see icebergs being battered by treacherous storms and oilmen trying to stay aboard their rigs for dear life. But what a peaceful and unspoiled paradise it was! We even spent a morning on a sunny beach and watched the sun set in a balmy and very friendly Thurso (lovely dinner at “Le Bistro”). 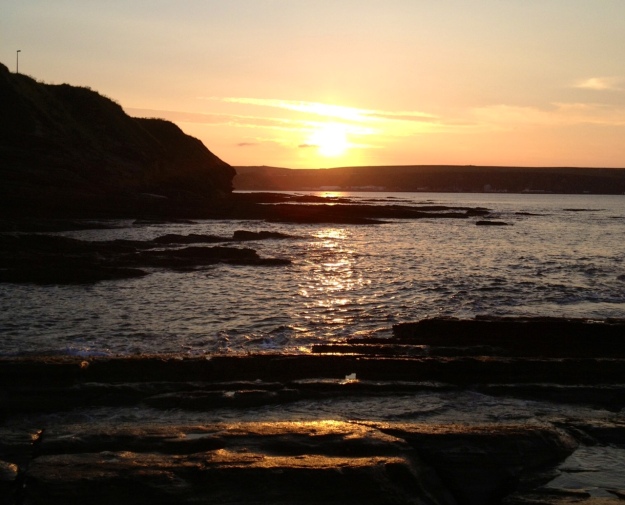 2.Durness to Kyle of Lochalsh via Ullapool

On the way from Durness to Ullapool

Durness to Kyle of Lochalsh

Quite amazing scenery! Not the fastest road you will drive due to the multitude of single lanes, but it will be one of the most beautiful. 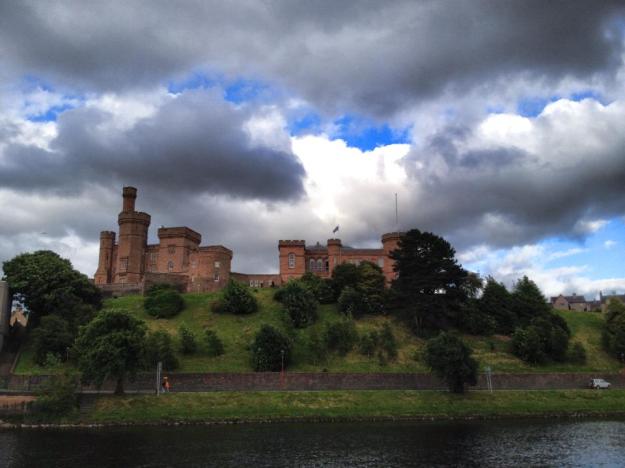 Having driven around Loch Ness and spent the night in a very pleasant Inverness, we then drove to John O’Groats. It was such a peaceful and quiet journey, yet my heart was beating fast all the way in excitement of visiting the north coast for the first time.

1. Merchant City to the Necropolis in Glasgow

I spent a hard winter in Glasgow one day in the 1980’s and to be frank I was reluctant to return. How wrong I was! The city is alive and vibrant, and has been successfully transformed to a modern metropolis. Take a walk from Merchant City (originally developed by the “Tobacco Lords” in the 1750’s) to the Necropolis via the University of Strathclyde (founded in 1796) and Cathedral (the present building was consecrated in 1197) and you will get a great taste of Glasgow through the ages. 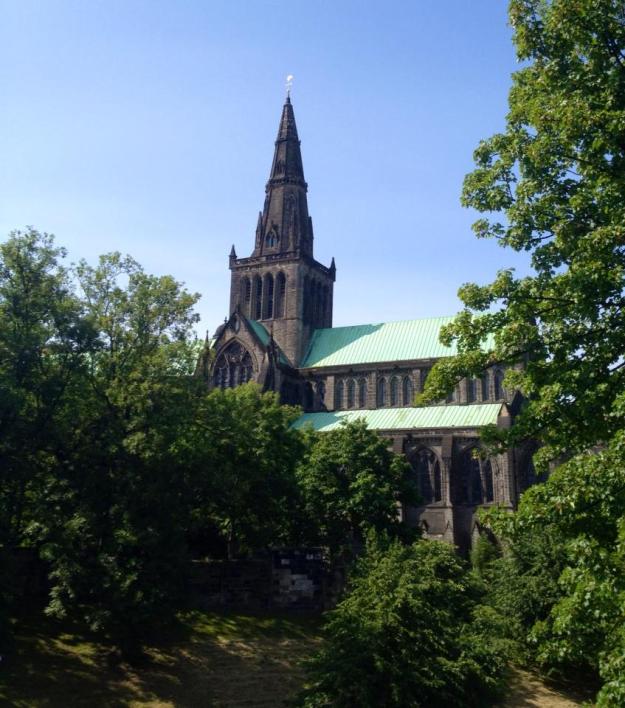 Glasgow Cathedral seen from the path to the Necropolis

2. The Royal Mile in Edinburgh

You can easily spend more than a day visiting the attractions along the wonderful Royal Mile in Scotland’s capital. Starting at the Castle and ending at the Palace of Holyroodhouse there is an abundance of sights along the way, including the National Gallery of Scotland, St Giles Cathedral and the Scottish Parliament, to name but a few. We then took the walk back along Arthur’s Seat, giving spectacular views over the city. A great day!

At the most north-easterly extreme of mainland Britain you can walk along the coastline to the monolithic Duncansby Stacks. We saw a handful of sealions and many seabirds on the way, and had good views across to the Orkney Islands. Lovely!

So those are my highlights. There are so many more wonderful places to see here too. Sub-arctic or sub-tropical, visit Scotland for the great outdoors! Batteries re-charged, ready for whatever comes next.