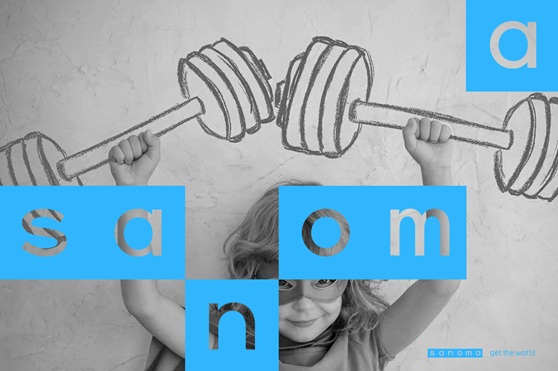 I’m really happy that we have acquired the educational publishing activities of De Boeck in Belgium. Welcome to our new colleagues! Click here for a short vlog about it.

De Boeck is a trusted brand with a good market position, making about € 17 m of revenues in 2015 and employing about 80 professionals. They share our passion for education and learning and there’s a very good fit with our mission of helping teachers to develop the talents of our children.

Demand for multi-channel learning solutions is increasing. Our customers tell us that digital can support learning impact: improved engagement and higher learning outcomes for pupils and better workflow efficiency for teachers. A great example of using multi-channel to enable learning impact is bingel. So we made this acquisition to enable the digital transformation of learning and teaching in Belgium. We are working hard to organize ourselves effectively for this.

We intend to combine the complementary high quality portfolios and well-developed learning design capabilities of Van In and De Boeck.

This will bring more scale to our significant investments in digital across these high quality portfolios.

We can realize synergies in our operations as we create a new organization ready for the future.

Bringing together two great companies, Van In and De Boeck, will help us to better fulfil the needs of our customers, today and in the future. Good luck to the new team in making this a success!

I like the way Bureau ICE helps in identifying and developing the talents of our children.  I also especially like the child-friendly and child-centric design thinking that they use, which engages pupils to show their talents.

“Helping to identify and develop the talents of our children”

This week I caught up with Karen Heij, Managing Director of Bureau ICE to hear more. 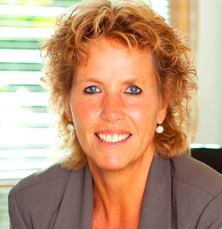 Karen, I’m interested to know more about Bureau ICE and your personal  motivations as MD

We specialise in tests and exams that help learners to really show their capabilities. We believe it’s a human right to be able to develop in a way that gives you the best opportunities and helps you find a direction in life that makes you happy. Since testing often plays such a major part in a person’s (school) career, we believe that these tests should help you show what you’re capable of, and not hold you back. In the 26 years that I’ve worked for Bureau ICE and especially the last 16 years as managing director, this has always been what drives me.

Bureau ICE joined Malmberg at Sanoma Learning in 2012. How have things been going since?

Sanoma Learning and Bureau ICE share the same goals: we both want to improve the impact of learning for pupils, teachers and schools.

Joining SL has given us great opportunities in entering the primary school market. Until 2014 this market was dominated by one other makers of tests and exams.  But when the government decided in 2013 that the final primary school exam should be mandatory for every school, it prompted the decision that a monopoly wasn’t allowed anymore: schools had to have a choice of tests. We wanted to pursue this opportunity and the investment of creating tests for a completely new market would never have been possible without the support of Sanoma Learning.

Recently, you’ve had a lot of success with the new IEP Eindtoets.  What is it?

“A child is more than his cognitive abilities”

To help the teacher make that decision we not only have the IEP Eindtoets, but also the IEP Advieswijzer. This is a package of tests designed to measure other characteristics than language proficiency and calculus capabilities. After all, we believe a child is more than just his cognitive abilities. Therefore the IEP Advieswijzer consists of various tests measuring creativity, social skills and learning approach. We also have an IEP English proficiency test especially for this group, the 12 year olds. All our language tests are based on the Common European Framework of References for Languages.

Why did we win?

In short: our test is significantly more child friendly than the two competitor’s tests. We’ve created the IEP Eindtoets in a way that it would enable pupils to really show what they’re capable of. So we gave the test a recognizable and playful design. It’s very easy to use, so making the test becomes less stressful. And less stress means better performance.

“Child-friendly design and choice for schools”

Also, in the calculus items we only use the language necessary to measure that specific skill. Superfluous usage of language can throw children with weaker language skills off and we didn’t want to do that.

But there’s a longer story to it as well. Schools have been forced to use the same test provider for decades and now that there’s choice, they want to choose something that fits their school’s vision.

“More than 30.000 children will use the IEP Eindtoets this year”

Last year was our debut and around 7.000 students made our test. This year this number will surpass 30.000! Of course this has to do with the quality of the test, but also with the great experiences of the users last year. They really spread the word to neighbouring schools.

What makes you most proud about Bureau ICE?

In the past 25 years we’ve really been able to bring about a change in the way people in The Netherlands think and feel about testing.  We’ve taught policy makers both in government and schools to think about what they believe students should know and be able to do at the end of an educational period. We have shown them how to create tests that measure their desired outcomes and this has in turn shaped the course contents.

What would you change about testing in The Netherlands?

I’m hoping I can help to change the ranking  approach that is currently used at age 12 in determining the future school path. Currently students are ranked against the rest of their group and the relative ranking determines the specific schooling path.

In other words: it’s not an absolute norm or end goals that determine the level of school you will go to, but your capabilities in comparison to the rest of the group.  This ranking is unfair and demotivating I would like to help change policy in this area in the near future.

It’s not only the child-centric philosophy that I like about Bureau ICE.  You feel the passion for their mission throughout the company and this energy feeds a healthy entrepreneurial spirit.  Great job by Karen and the team in creating this!